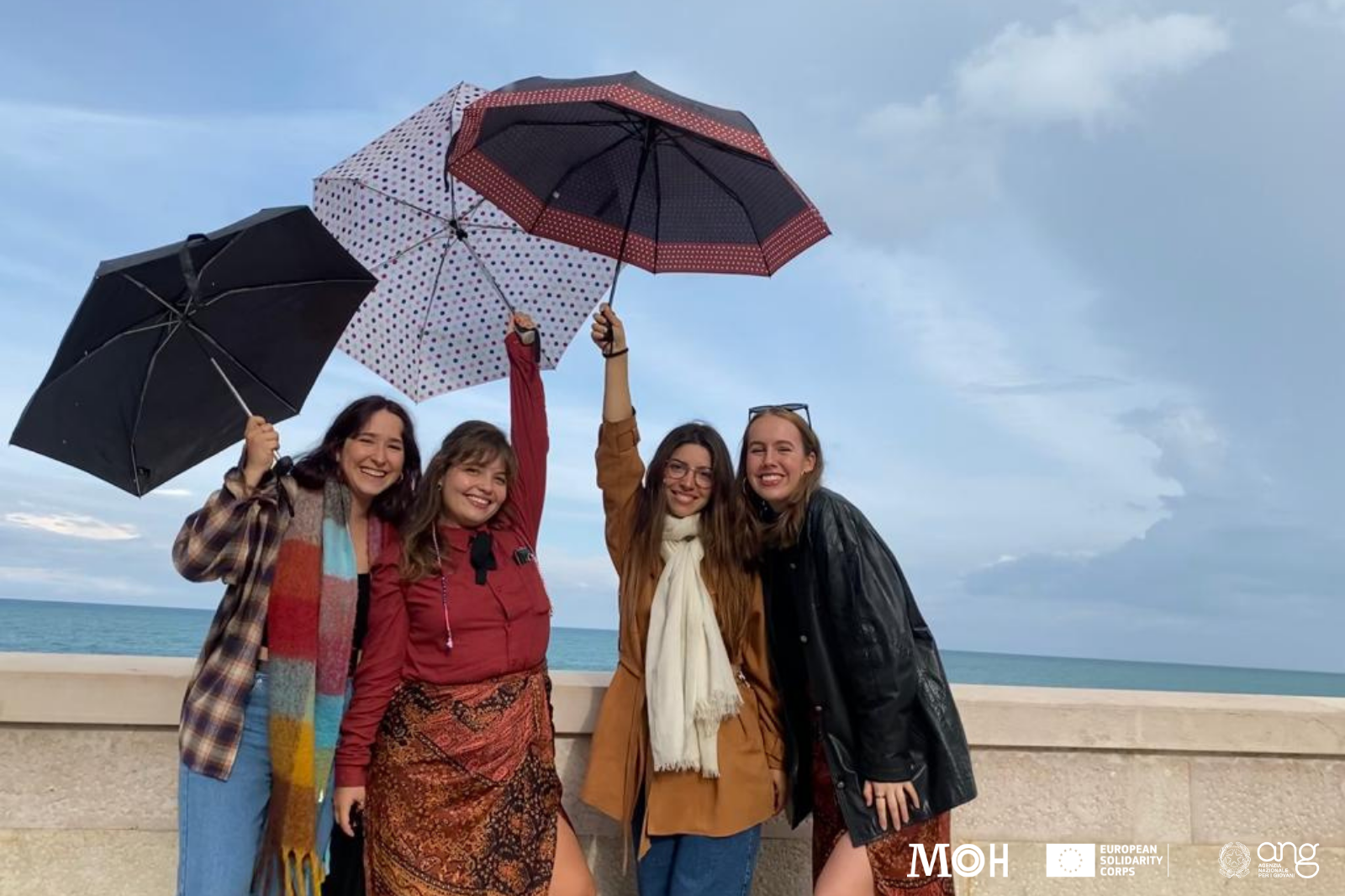 I spent six months in the beautiful southern Italian city called „Bari“. When arriving at the first of October 2021 it was still super warm and felt like summer, I was really overwhelmed by the heat and the amount of people and tourists that were out in the city and –of course- the Italian lifestyle. Having been in Italy at least one time a year I didn’t think I would have a culture shock, but I was wrong: it took me at least one and a half month to really adapt to the Italian way of living and settling down in the new environment. Luckily I shared my flat with two amazing people and we did many trips , exspecially together to other apulian cities.

In the beginning we were super excited for our new workplace and the first weeks went fine. All the people were really nice to us, the only problem was the communication. Just two or three people spoke English, so we were forced to speak Italian. After about two months we realized, that although everybody was nice to us, they didn’t give us any work so we got bored and asked another opportunity to contribute within the organisation. So, we ended up working in a bar for homeless people. 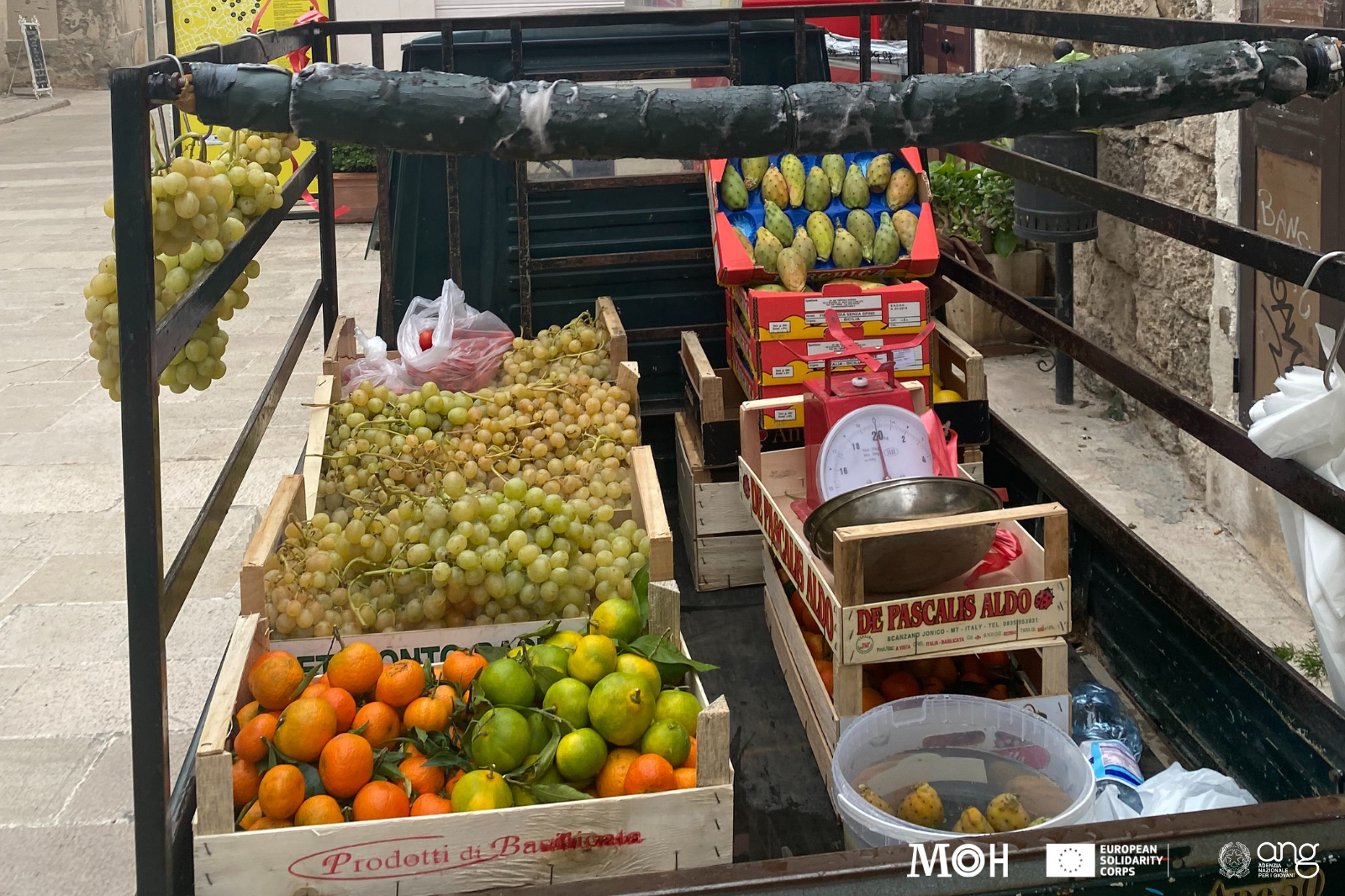 In the free time I explored every corner of Bari, tried out many cafes and restaurants, went to a lot of international Erasmus events and got to know amazing people. Bari definitely has a lot to offer for its inhabitants, especially for international people that are new to the city. I celebrated my birthday with a lot of new friends and soon Christmas was around the corner. Spending the month of December in another country is always exciting but it was even more special to spend this time at the seaside with rather warm weather in comparison to the temperatures around Christmas in Germany. 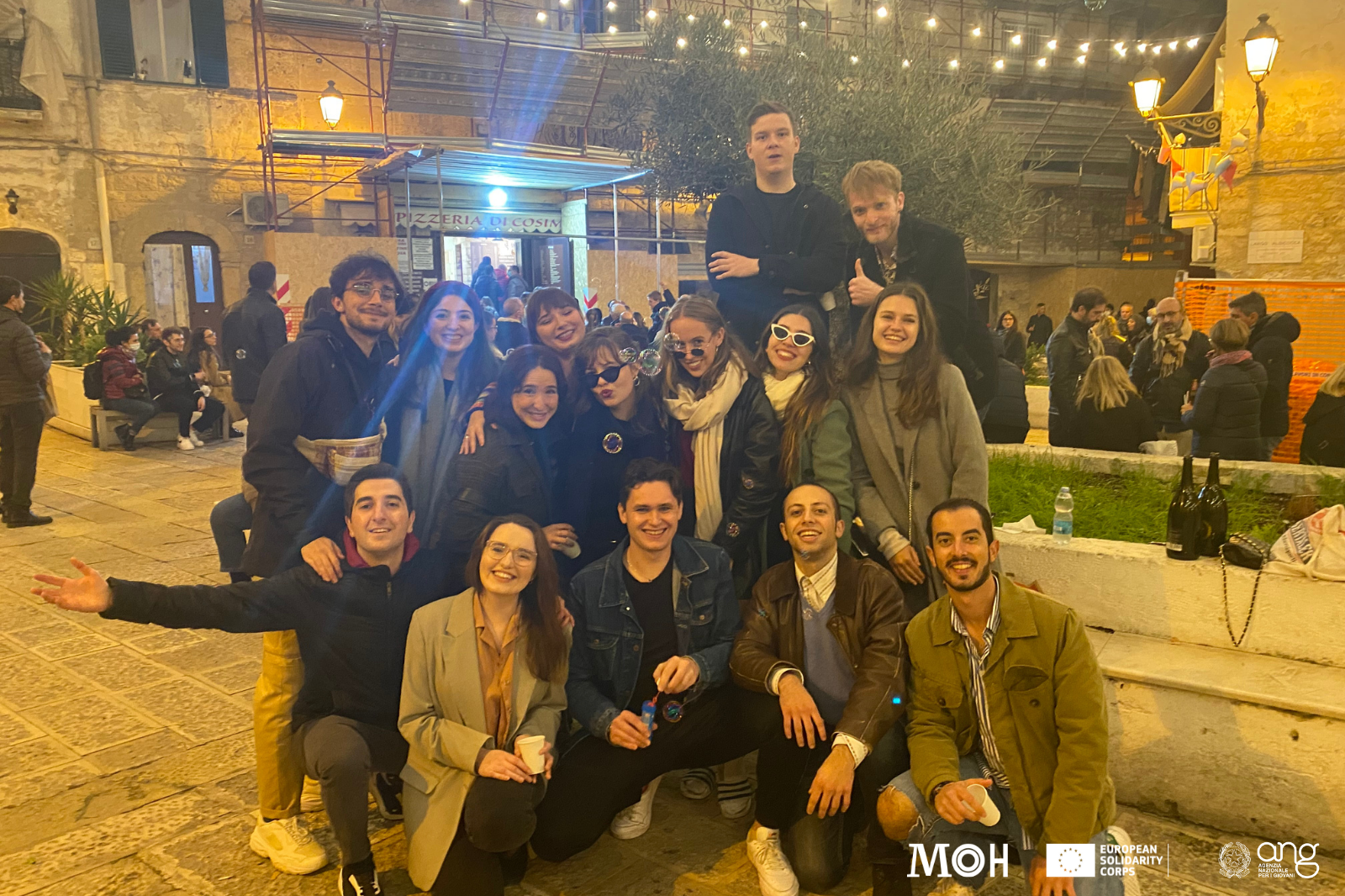 For Christmas itself, I was back home in Germany but returned in the middle of January to Bari. Around this time I realized that Bari had become my home and I was super happy to return to the city, my flat and the people there. January was quite warm so for me spring already started. We began to go to another workplace as well and this work was more manual and a lot of fun. We still didn’t have enough to work, but overall the situation changed for the better comparing it to October. In February some friends visited me and it felt good to show them Bari and share my life with them. Slowly Bari „awoke“ from the winter break and more events started to happen, like concerts or special exhibitions in the famous Teatro Margherita. 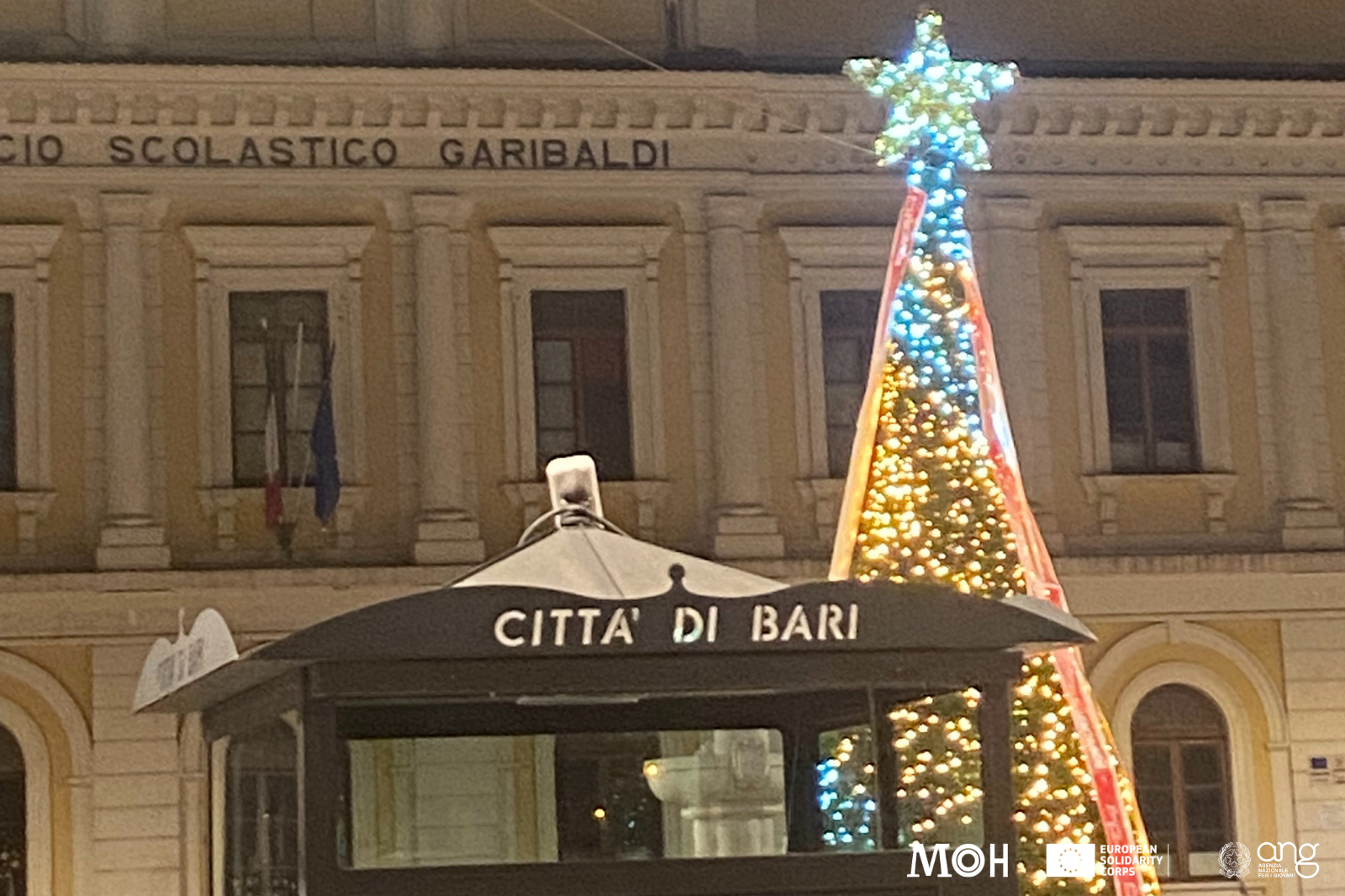 The weather was amazing and by the time I had to leave Bari, cool things started to happen again. In Germany we have the saying „leave when it’s the nicest“, so that’s what I did. Overall my six months in Italy were cool but there were many ups and downs, also related to our bad work situation. I was often bored but saw it as a challenge to do things for myself and use the time. I grew a lot during my time, learned a lot about life and myself and changed in a positive way. It was not always easy but still I recommend everybody to give the European solidarity corps a chance, try it out and experience a completely new culture and meet so many other Europeans!

Many many thanks to Antonia for this touching report experience <3

Project coordinated by MOH and financed by the Agenzia Nazionale per i Giovani within the framework of the European Solidarity Corps programme.

Share this ArticleLike this article? Email it to a friend!
Email sent!